I was recently part of a conversation about education. It was a social media conversation, intended to bash the alternative strategies of teaching math.

The strategies have been caught up in the term “common core,” but are actually teaching methods designed to help kids reach common standards.

I offered an alternative viewpoint to the woman’s outrage. I was once told by the faculty at my kids’ school that these learning strategies aren’t designed just to teach the material, they teach the kids to learn. How to analyze. How to understand why math works, not just how to solve a problem.

My positive input was unwelcome in the echo chamber this “new math” naysayer had created, and she formally dismissed me from the conversation. She wanted solidarity in her outrage, not to see the information in a new light, from a different angle. She did not want to acknowledge the benefits. She did not want to learn synonyms for her limited math vocabulary.

Interestingly, the writer feels that she is on the outside looking in, that her views on math education hold validity, while the “conversation” about Common Core math is dominated by the unenlightened. (I put “conversation” in quotes because it has become one of those trendy words like “relationship”, “narrative”, and “nuance”;I would be all too happy to see journalists given jail time for using it.)

The points she makes are easily dismissed. Some might think I’m wasting my time dismissing them and I would tend to agree but for one thing.  She isn’t the only one who thinks this way, and I have met many in education who espouse such views.  And in particular, such views are not only espoused but taught in schools of education to future teachers who then embrace and implement such thinking.

First off, she bolsters her thesis with the tired old arguments that the future may require knowledge that isn’t being taught–which is analogous to the bromide that the future consists of jobs that haven’t yet been created. Those who make such argument posit that basic knowledge is apparently useless in the face of what we will be required to know in the future–and if you need to know something, just Google it.  To wit, again:

What’s imperative is that future generations must be adaptable. What they learn today may or may not (leaning heavily toward the may not end) apply. … We were raised by people who cling to The Correct Way of solving an addition problem. History matches the books supplied by our schools. Spelling must be memorized and written out in cursive. And now we raise our kids in a technology-rich environment that changes on the fly. Kids don’t need to solidify a bunch of facts in their minds spanning myriad topics — in case they need that information in the future. They merely need to learn how to learn and leverage the tools they have. A generalist who knows how to find specific information will be as effective as a specialist with a narrow body of knowledge.

Barbara Oakley, a professor of engineering at Oakland University in Michigan, wrote a book called “Learning how to Learn”  in which she describes techniques one can use to succeed in difficult subjects. She does not hold memorization in disdain, nor learning facts, nor practice. Recently she wrote an op-ed that appeared in the New York Times about the value of practice and memorization in becoming proficient in math–and was castigated in comments that followed as well as in blogs for what was characterized as narrow-mindedness and resistance to innovation in education. The criticisms bore a resemblance to the Kansas City Star columnist’s view of having to deal with the great unwashed.

The Star’s column is typical of the “conversation” about math education in the US. As such, it is nonsense. One doesn’t learn to think critically, or to be creative, without some basic knowledge. And that basic knowledge isn’t something that is dug up on a just-in-time basis. Knowledge is the basic tool with which to think critically; without it, you have nothing to think critically about. Learning how to learn requires some amount of memorization–and memorization allows one to reason with that information. It is not “rote learning” as traditional education is frequently mischaracterized.

As far as Common Core is concerned, one can interpret the standards in various ways, but the prevailing interpretation seems to be dominated by those who believe as the columnist does that students must “understand” math — otherwise they are “math zombies” who “do math” but do not “know math”.

My comments on math education in general and Common Core in particular can be found here: https://www.youtube.com/watch?v=RlLbXZOoAMU . If you don’t wish to suffer through a half hour of someone whose belief system may be opposed to yoursyou might want to skip to minute 19:24 where I talk about Common Core. I can assure you, however, that if you don’t agree with my views, you won’t like my comments about Common Core either.

Worth reading and commenting on 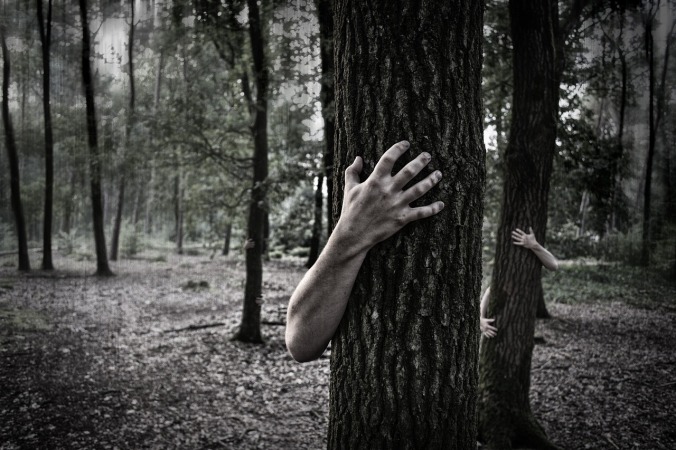 At the start of August, Barbara Oakley, a Professor of Engineering, wrote an op-ed for the New York Times about maths teaching. It is a largely sensible piece about the fact that improvement in maths requires practice, not all of which is particularly pleasant.

Oakley’s article is still creating a stir in the maths blogosphere. Dan Meyer, a education software designer*, has now devoted two blog posts to attacking it. This is notable because Meyer has recently appeared to withdraw from the maths wars, having once been a constructivist/reform/inquiry/fuzzy maths partisan (see his 2010 TED talk and his blog motto, ‘less helpful’).

Another in one of an infinite series of articles that has appeared at Forbes and other like publications about how the Common Core math standards are being maligned has surfaced. I gave up counting the tropes in this one.  The author makes the assumption that because students were unable to apply standard algorithms or “rote” procedures to “advanced math” (left undefined in the article), that teaching procedures is tantamount to “no understanding”.  There is no mention of the difference between how novices or experts think–and in fact, going out on a limb here–I would venture to say that the author of this piece probably learned things in the manner that he now derides.  He makes this statement:

There is nothing in the standards that specifically requires any instructional strategy to be taught. There is a great deal of academic freedom for teachers to teach in whatever manner they wish. The CCSS does not require this kind of new “number sense” methodology.  What it does require is that students learn multiple ways to attempt to solve a problem, to promote strategic critical thinking and creative problem solving.

Once the standard algorithm is taught, then alternatives to it make more sense than the other way around. In that vein, multiple methods can occur if the sequence of topics is done in a logical order.  I’ll go out on another limb and say that this is mainly because procedural mastery is more easily obtained via the standard algorithm than by pictorial or inefficient methods.  Ironically, students who have mastered the standard algorithm often find short cuts themselves.  Or they are taught the short cuts after mastery of the standard algorithm. In any event, teaching “number sense” and top down understanding before the foundation of procedural mastery is obtained seems to be the go-to advice of reformers.  Such approach makes the same mistake twelve-year-olds make when they assume they can achieve stardom in whatever field they daydream about, without the requisite practice and work.

Greg Ashman gives a good example of this in his blog:

If you have been practising column subtraction and you are presented with 2018-1999 then, even if you could work it out by counting up, you will probably draw on the most familiar strategy because you lack the bandwidth to analyse it at the meta level. If I really felt it was important for students to be able to determine when counting up is more efficient than column subtraction then I would teach this to students explicitly. I would use contrasting cases where I presented two examples such as 3239 – 2747 and 2018 – 1999 and I would work both problems, both ways, drawing a distinction between the two.

This article originally appeared in Quora, and was picked up by Forbes. If you are interested, I wrote a comment on the Quora piece which addresses other aspects of his arguments.

SteveH wrote a long comment addressing many of the statements Dan Meyer and others made in comments on a blog post that I talked about in a previous post.

I saw SteveH’s comment this morning, but then this afternoon it was gone.  I don’t offer any theories for its disappearance, but instead offer my readers the original comment to digest and think about  He opens his comment quoting something Meyer said in an earlier comment and then responds:

The quote from Meyer:

“They’re making an argument about what students can’t or shouldn’t do before submitting to pain. They’re suggesting a precedence and a prerequisite. That’s the argument that needs addressing and dismantling.”

Can we ever get past this cherry-picked strawman? You know that’s not the position that many of your critics take. All traditional math textbooks and teaching methods introduce concepts first in a carefully-built scaffold. Then comes the  homework to get individuals to better understand the subtle variations that are far more mathematically meaningful than basic concepts. Even basic skills require subtle understandings. Very few things are ever rote. This deeper level of understanding has to be carefully constructed on a unit-by-unit basis over years using individual problem sets. That’s what all STEM-prepared students get with AP and IB math sequences.

I’m open to seeing other opt-in sequences for those who might have other beliefs, but drill-and-kill, if it ever existed, has been gone from K-6 for decades without any opt-out options. Where are the results? I had to help my son at home with math when his schools foisted MathLand, and then Everyday Math on him, but once he got to high school, I didn’t help one bit. He just got a degree in math. All of his STEM-prepared friends had to get help at home or with tutors in the early grades. When I grew up, I got to calculus in high school with absolutely no help from my parents. That’s no longer the case with full inclusion and curricula like “trust the spiral” Everyday Math.

All properly-taught math sequences start with concepts, and engagement and curiosity are no magic wands for ensuring mastery. What works is what we see for AP and IB math. I don’t see STEM-prep success cases any other way. The problem now is that students in lower grades are stuck with a CCSS slope to no remediation in College Algebra and that the only ones who make the nonlinear transition to proper high school math have to get help at home and with tutors in the lower grades. If that doesn’t happen, it’s all over and no amount of engagement and concepts or “Pre-AP” math will fix it.

This has never been a question about basic concepts. it’s a question about eliminating low expectations and ensuring proper mastery and mathematical understanding on grade-by-grade basis that keeps all math doors open for each individual student for as long as possible. With curricula like Everyday Math, schools trust the spiral and have abdicated all responsibility of mastery beyond the low CCSS slope. Just ask us parents of your best students what we had to do at home. Engagement and curiosity was not my main focus, but that didn’t stop him from playing with GeoGebra for hours at a time – something that was neither necessary or sufficient. Mastery increased his curiosity, not the other way around.

Math Education in the US: Still Crazy After All These Years

Math Education in the US: Still Crazy After All These Years